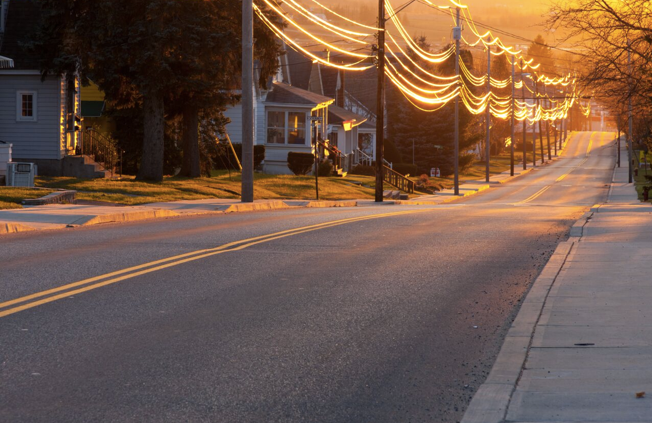 The modernization of the electric power system to smart grid technologies has been a hot topic for the last decade and will continue to be for the decade to come. Smart grid technologies promise many benefits to customers including better reliability and dynamic pricing. For power companies however, a major challenge has been the rise in hacking smart meters and stealing electricity, also known as “theft of service.”

An important component of smart grids is advanced metering infrastructure (AMI), a system that collects and analyzes individual energy usage data. With AMI, power companies can offer demand response services and cut costs by performing fewer manual inspections. However, since these systems are automated, they are susceptible to manipulation and can leave power companies vulnerable to energy theft. Energy is estimated to be the third most stolen item in the U.S. after credit cards and cars, so its clear that preventing theft is a high priority for power companies.

Identifying anomalies in an individual’s activity is an important problem in cybersecurity. At Via Science, we have developed systems that monitor activities of individual users on a company’s IT network to build individual profiles of user behavior and detect and compare changes in user behavior over time. For instance, the system looks at the amount of emails sent to external addresses during the course of a typical workday. A spike in emails to external addresses could signal an employee sending documents to a competitor. This indicator is not perfect because there are legitimate reasons for employees to be sending documents via email, like sending a proposal to a potential client. A generic system may flag sudden increases in email attachments like this and would thus lead to many false positives. When legitimate usage is flagged, it would unnecessarily occupy already overburdened investigative resources. In the case of energy usage, a sudden decrease in power consumption may signal energy theft or that a customer has simply gone on vacation. False positives are a major issue in any investigative analytic system because each organization always faces limited and scarce resources.

Cyber investigators develop expertise that combine user behavior as well as intuition about what activities are likely indicators of cyber-espionage. Investigators of energy theft develop similar expertise. At Via Science, we have built human-in-the-loop systems that combine the best of Artificial Intelligence (learning on massive amounts of data using fast processing at vast scale) with human expertise to better detect suspicious user activity. To do this, we created an application that presents investigators with the most suspicious user profiles on a daily basis using our AI tools (see image below). The expert then flags each profile as a case that warrants further investigation or a case that, based on their judgment, is not suspicious. Each day an expert may be presented with a small number of cases (say 20) to review. Over time, a knowledge base is built up that reflects expert judgment, and the system learns from that knowledge base to better predict potential risks. Research has shown that this method can reduce false positive rates by a factor of 3x or more. That translates directly into increased ROI for investigative budgets.

https://www.solvewithvia.com/wp-content/uploads/2018/03/usingAItoidentifyenergytheft.png 452 652 Laura Montorio /wp-content/uploads/2018/02/VIA-Logo-header-300x101.png Laura Montorio2017-05-17 09:35:172022-03-16 10:32:04Using Artificial Intelligence to Identify Energy Theft
Scroll to top
We use cookies on our website to give you the most relevant experience by remembering your preferences and repeat visits. By clicking “Accept All”, you consent to the use of ALL the cookies.
Accept All
Manage consent