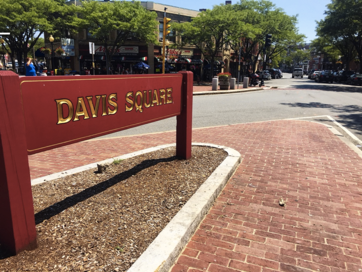 Somerville, Mass. – July 25, 2017 – Via Science, Inc. today announced its commercial team has moved to a new corporate headquarters located in the Davis Square neighborhood of Somerville, Massachusetts. The new headquarters is located just three miles away from their founding headquarters next to MIT and provides their growing team more space, increased privacy, and an easier commute.

“At Via Science, we have always aspired to be as employee-friendly as possible. Davis Square in Somerville is conveniently accessible from Harvard and MIT, and is an easy walk to the commuter rail, which will significantly reduce the commute time for our team,” said CEO Colin Gounden.

The move also signifies a major milestone for the company: their first private building. “The office space will accommodate our growing team as well as visiting clients and investors. We’re also looking forward to hosting our Montreal technical team this year in Somerville for our semi-annual company offsite,” said Kristen Merrill, VP, Client Service.

Via Science creates software applications that identify and prioritize risks to critical infrastructure using a combination of artificial intelligence, high-performance computing, and causal analytics. Headquartered in Somerville, Massachusetts, Via Science has developed its risk assessment algorithms in conjunction with some of the world’s leading companies and government agencies in energy and security. The company has been featured in Wired Magazine, The Wall Street Journal, and Forbes for its expertise in causal analytics software applications. For more information, please visit www.viascience.com.