Via Science was honored to be selected as one of three finalists for Techvibes’ Canadian Startup Awards in the Technology Innovation category. The nomination recognizes Via Science’s Focus™ microservices architecture. Focus™ transformed Via Science’s causal analytics capabilities and laid the groundwork for public safety app, CrimeRadar.

Winners were announced during a gala on Thursday, March 2nd at Steam Whistle Brewery in Toronto. Sonia Basili, our Talent Management and Operations Leader attended the event on our behalf. Though, sadly we didn’t take home the award, we congratulate all the winners! 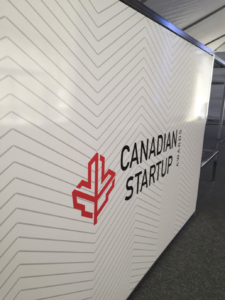 https://www.solvewithvia.com/wp-content/uploads/2018/03/Techvibes.png 187 1143 Laura Montorio /wp-content/uploads/2018/02/VIA-Logo-header-300x101.png Laura Montorio2017-03-03 14:32:152022-03-16 10:32:50Via Science’s Focus™ Architecture Nominated for Technology Innovation Award
Scroll to top
We use cookies on our website to give you the most relevant experience by remembering your preferences and repeat visits. By clicking “Accept All”, you consent to the use of ALL the cookies.
Accept All
Manage consent